PAINT BY NUMBER - The Battle

The second Unique Corn Productions Group Exhibition which was entitled: "PAINT BY NUMBER" was up on the walls of Moncton's Galerie Salle Sans Sous during the month of August 2011.

The exhibition featured twelve Artists from the region who each created a work of Art with the theme "Paint By Number".

Initially the concept was that each Artist should get a Paint By Number kit and paint it following the patterns at the core but completing the piece in which ever way they wanted to. I got this idea from looking up an Artist online who had been part of a similar group show in the States, I thought it would be a good Unique Corn Idea.

The following images are the piece I did for the show. 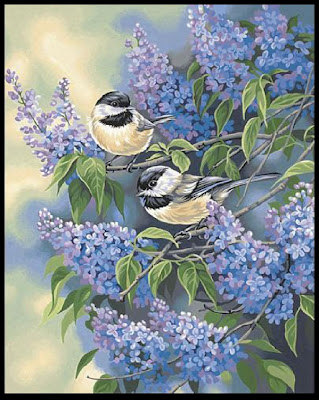 This is what I did instead: 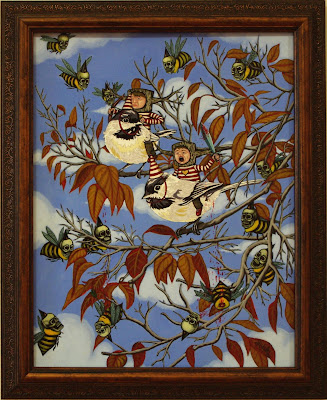 This was a truly challenging painting! I started by following the numbers and as I went the final image burned into my head, so I changed my path, made the leafs autumn leafs and went to town. The biggest challenges were to avoid certain numbers and others not, to have to paint that cloudy sky around everything and painting those tiny soldier and skeleton faces(no bigger than a nickle).

P.S. The words "Paint By Number" together appear 11 times in this post. Thank you. xox
Posted by Pascalistic at 2:54 PM